When Teams Should Go For It

I updated my work regarding when teams should go for it. This time around, I included how many yards are needed for a first down. The only thing I did not consider was score differential, which obviously has an effect on whether or not it is smart to go for it on 4th down. I wanted to make a visual that was easy to digest and including score differential would create a plot that would be a bit overwhelming to to comprehend. I hope this visual can provide fans with a quick, general insight into whether or not it is smart for a team to go for it on fourth down depending on where their team is on the field. The data is from the 2017, 2018, and 2019 seasons.  Again, without considering score differential the following plot should provide a tool that, in general, can help you decide whether or not your team is making an optimal decision: 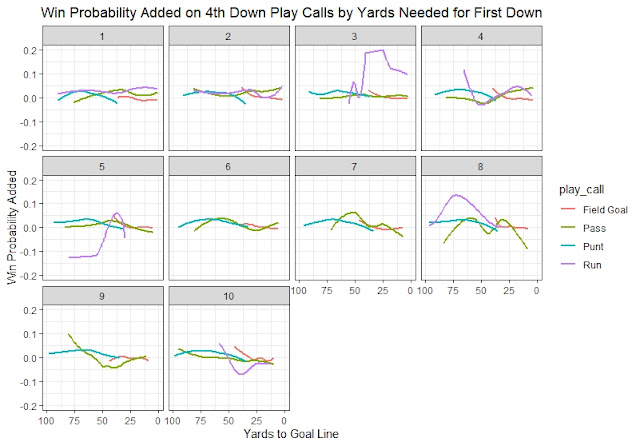